In 2008, Inayah Davis was only 16 when she consulted a local podiatrist, Ira Bernstein, DPM, at his Rockland County based practice about a bunion. Bernstein recommended surgery to remove the bunion. On the advice of her podiatrist the young lady and her mother agreed to the treatment but during the treatment Inayah and alleged that the podiatrist also performed unneeded hammer toe surgery on four toes on her left foot.

This is when Ms. Davis sought out a medical malpractice attorney Rockland County has trusted for many years and now her attorney Steven H. Beldock.  The surgery left her with big scars, arthritis and constant pain.  The podiatrist charged $27,000 for one surgery and $13,000 for a second procedure soon after.

While the rockland podiatrist argued that the surgery was necessary and done properly it was found by a six-person jury in state Supreme Court in Rockland that Ira Bernstein was negligent and the jury saw fit to award Inayah Davis $775,000 for Bernstein’s negligent actions.

Inayah now a teacher in the Bronx, still can’t stand for long periods without severe pain and will likely need more treatment as she ages. 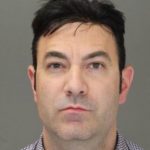 Ira Bernstein to this day is still mired in scandal recently Bernstein, now 42, and his girlfriend Kelly Myzner Gribeluk, 36, were recently arraigned in Ramapo Town Court on conspiracy and solicitation charges being accused of hiring a hitman to kill his soon-to-be ex-wife as well as hiring people to rough up a pair of insurance agents investigating his medical practice and alleged insurance fraud.